In the face of headlines about racial and religious tensions and complex political situations, a traveller today has to wonder: is it better to boycott or to engage, to ignore or to exchange?

To varying degrees, issues of democracy, human rights and freedom of expression have been raised in every country in south-east Asia, yet the region remains a hugely popular destination. Many artists create under censorship or adverse social pressure; all express their differences through art.

The art spaces featured here were not chosen because of any political agenda, and most do not see themselves on a soapbox. However, it is clear that the thread that unites them is their shared need for inclusiveness and their desire to provide a platform for discussion and debate. Speaking passionately about equality in the diverse community that has formed almost by accident around Hin Bus Depot in Penang, managing director Tan Shih Thoe perhaps put it best: “There’s no difference [among artists]. That’s why I think the arts community is so important for Malaysia. They are what we should be.” That is a model shared by every art space on this list. 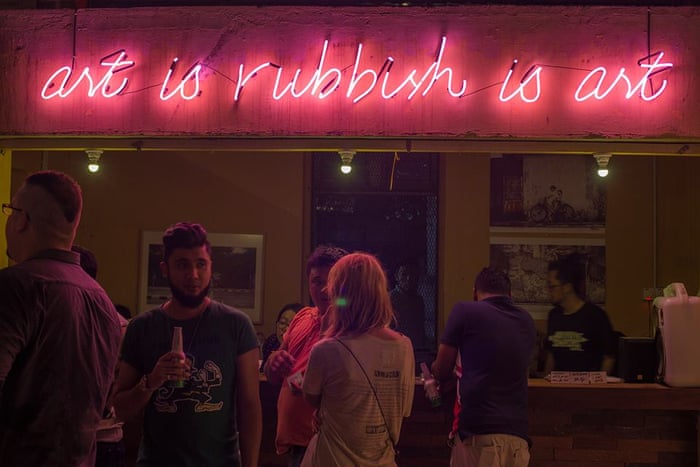 When Hin Bus Depot opened with renowned Lithuanian street artist Ernest Zacharevic’s first solo show in 2014, the owners were as worried about finding dirty syringes at the derelict art deco garage as they were about attracting Penang’s art lovers to what was then a neglected corner of historic George Town. They needn’t have been: 3,000 people turned up to the two-day opening and they’ve never looked back. Hin aims to be the face of the neighbourhood’s gentle gentrification, promoting shows from local and international artists and performers, workshops, weekly art house films on the covered deck, and a busy Sunday market around the central garden space. There is also a vegan cafe, an urban farm and a yoga studio.

In 2012, when 98B moved into a handsome art deco structure originally called the Perez-Samanillo Building, once Manila’s tallest, the artist-run space didn’t realise that it was spearheading a creative boom. The elegant Escolta shopping district had been in steady decline since the second world war, but the site of the famous Berg’s department store now houses nearly a dozen artistic and creative projects, in an area that counts many more. On a mezzanine floor, 98B holds exhibitions, screenings, discussions and the odd party. Other tenants include a small history museum and an incubator market where artisans, craftspeople and artists from all walks of life showcase their wares.

Ne’-Na (pronounced a bit like Nina) offers not one but two spaces in Chiang Mai for artists in residence, including studios and living quarters and plenty of room for exhibitions, performance art and site-specific installations. The space shared with Lanna living arts museum Monfai is closer to town, while Mae Rim is 20km from the centre in a lush, rustic area.  Ne’-Na, or “here it is” in Thai, was born of a collaboration between Thai and Swedish artists in 1998, and fosters exchanges across cultures and media. Filmmakers, choreographers, photographers, composers, children’s authors and many more have all found inspiration in Thailand’s “Rose of the North” over the years.

Manzi has had its finger on the pulse of Hanoi’s art scene since 2012. The name is a playful take on the northern Vietnamese pronunciation of man di, meaning wild, barbaric or free. The elegant colonial villa, built in the 1920s, provides a dramatic contrast to a contemporary programme. A fashionable crowd comes for the popular, ever-evolving cafe space downstairs. Those in the know stay for talks on the arts and social issues, hands-on workshops, poetry readings, live music, films, and exhibitions of visual arts and installations throughout the house.

What started out in 2011 as four simple huts to give local artists a roof and a space to create has grown to include a gallery that highlights visual artists in sleepy Battambang, considered by many to be the capital of contemporary arts in Cambodia. Today, Romcheick still hosts several artists in residence, and the promotion of their work at home and abroad supports the centre and the artists themselves. In a country where no one’s life is untouched by violence and exploitation, a painter like Hour Seyha has found a platform to tell new and different stories. Romcheick’s next project: a permanent museum of modern art on the same site, is due to open in 2018.

This 1926 building once housed an electricity substation. Since 1990, the aptly named venue has played host to alternative exhibitions and performances, making it the grandfather of independent art spaces in the city-state. The 108-seat theatre hosts local bands, poetry readings and film screenings, and the gallery might highlight artists with a punk aesthetic. Installations and site-specific performances can fill the entire building – from the rooftop to a ladder through a trap door into the basement. The on-site Timbre cafe also regularly features live music for an artsy crowd, while upstairs classrooms give the public a place to hone their own creative talents.

Before Myanm/art moved in in April 2016, this 100-year-old colonial building was inhabited by a Chinese-Burmese family. Today the gallery shows everything from self-proclaimed lowbrow art to the canvases of Aung Myint, father of modern art in Myanmar, whose work is also in the New York Guggenheim. The art on show is definitely not the usual tourist fare depicting pagodas and monks – Myanm/art is where young and emerging local artists feel free to explore. Meet-the-artist talks, a reading room, book launches and the Myanmar Art Resource Centre and Archive (Marca), which is hosted here, allow visitors to expand their horizons. Beyond their walls, Myanm/art offers tours to discover the many faces of Yangon’s art scene. 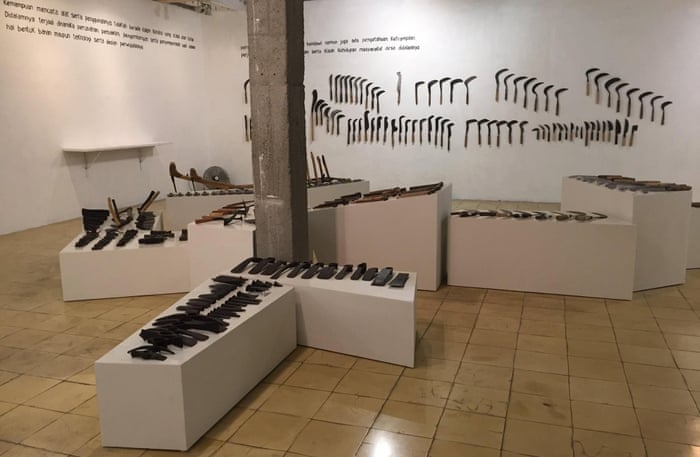 Indonesia’s oldest platform for contemporary arts, in Yogyakarta on the island of Java, is now in its 30th year and has had a facelift. The groundbreaking building it has occupied since 1999 won praise and prizes for connecting the structure to its natural environment, but this year Dutch design team Collective Works redesigned the public spaces and gardens. They made sure to include a newspaper kiosk – an important feature in Indonesian villages – that offers a selection of creative printed material to passersby. Cemeti means whip – to symbolise a desire to whip up the arts scene – and it will continue its residency programme as it addresses the role of art in social issues in the community.

In 2015, three partners, Tentacles Gallery, Gallery Ver and artist Be Takerng Pattanopas, found a home in a former timber warehouse in the middle of Bangkok. They have since been joined by five other artist-run initiatives, each of which conducts its own projects, with the emphasis on art on the edge. Tentacles sponsors an artist in residency programme that favours contemporary artists under the age of 35, who have little visibility in culturally conservative Thailand.

The name suggests yet another industrial conversion, but the Factory is actually Vietnam’s very first purpose-built contemporary art space. With over 500 square metres for public exhibitions, its mission is to showcase experimental art and emerging artists whose work can be labelled as neither commercial nor official. The notes on artists and works are thoughtfully composed, and “agents of art” are trained to engage in dialogue with visitors. There is also a cafe, cocktail bar and restaurant that serves locally sourced, largely organic ingredients.  • This article was amended on 16 November 2017. The Dutch design team who redesigned Cemeti in Yogyakarta are called Collective Works not Collective Duo as previously stated

Means of transport to get to Sapa

Don’t miss these things when traveling to Sapa