Asia is a mystery for European. Thailand, Indonesia, Malaysia,… sound more familiar for western people. In contrast, Vietnam might be a strange name. Vietnam is a small country but rich culture dating back thousands years ago. Its traditions are extracted from quintessence of Asia. If you want to know more about this country, don’t swipe this article of Vietnamese culture in daily life. It’s like the first lesson about Vietnam.

Vietnam is located in Southeast Asia and shares the borders with China, Laos and Cambodia. Therefore, this country has lots of traditional similarities with its neighbors such as holidays. The most significant comes from China. This is because Vietnam was colonized by China for thousands years. As the consequences, Vietnamese culture in daily life like: values, moral conditions was influenced by Chinese culture.

Moreover, the central of country is opposite. This area received more influence from Cham culture. And the South was exposed more to western one. This region was under the domination of France for long time and at that time, every aspect of Vietnamese culture in daily life, there was an appearance of French culture.

However, nowadays, these features are no longer transparent, they have been fated and mixed with the purest Vietnamese culture. But it’s another story. Today, we will go through some interesting facts about Vietnamese culture in daily life.

There are 11 official religions that recognized legally in Vietnam: Buddhism, Islam, the Bahai Faith, Catholicism, Protestantism, Cao Dai, Hoa Dao, the Pure Land Buddhist Home Practice, the Four Debts of Gratitude, the Threefold Enlightened Truth Path, the Threefold Southern Tradition. Buddhism is the most popular amongst with almost half of Vietnamese population. They don’t follow this religion strictly like in other places, but they believe in Buddha and Buddha’s teachings. For instance in Vietnamese culture in daily life, most of Vietnamese believe What goes around comes around, so they try their best to be nice. 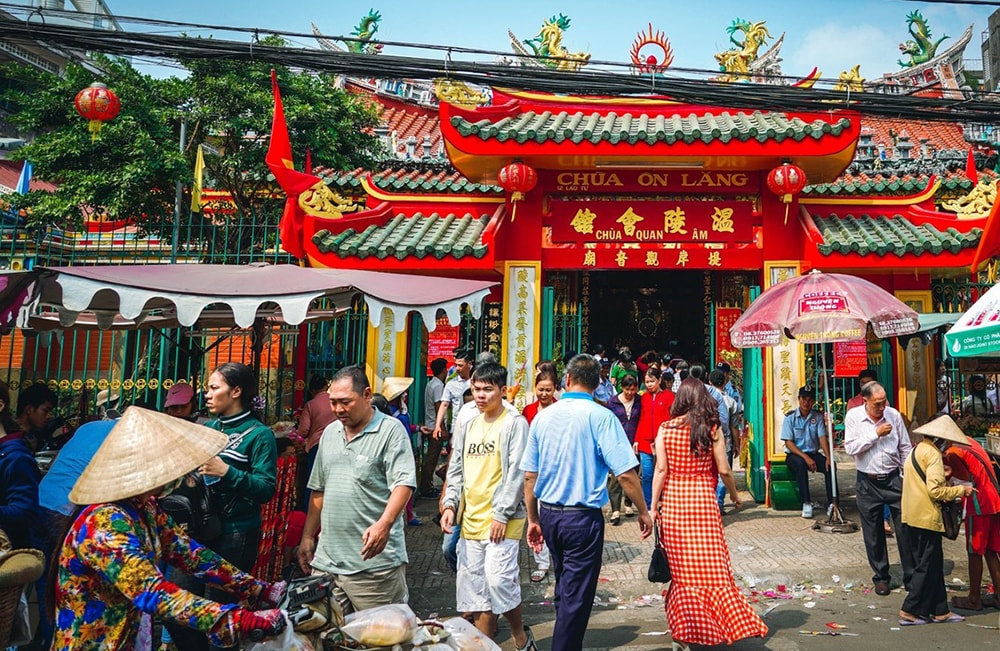 Moreover, if you visit a pagoda or a shrine, remember to wear appropriately. In Vietnamese culture in daily life, showing your knees and your shoulders at sacred places is unacceptable and offensive.

I would say that every member of a family tends to stick to each other and get along. And the most common model of Vietnamese family is extended with three or four generations living under the same roof. In Vietnamese culture in daily life, children tend to keep living with their parents even after graduation.

If a family has one son and others are daughters, the son will take main responsibility of taking care their parents and living with them even after getting married. Sending parents in nursing house is uncommon. Instead, they live with their son and take care of their children’s son.

With pure oriental traditions, couples can’t live together if you haven’t been married. According to these, men and women are not allowed to have any physical contact except holding hands or kisses before they are husband and wife officially. Even in some countryside areas, cohabitation is considered like taboo.

In addition, In Vietnamese culture in daily life, it’s rude and disrespectful, if you show your affection with your partner in public. It’s quite ridiculous for westerner, but this country is in Asia so that makes sense.

The society in Vietnam is built based on Confucian beliefs which highly value the experiences and wisdom. It means in Vietnamese culture in daily life , the elders always receive respect from others. And you shouldn’t swear or talk about some sensitive topics to the elders. 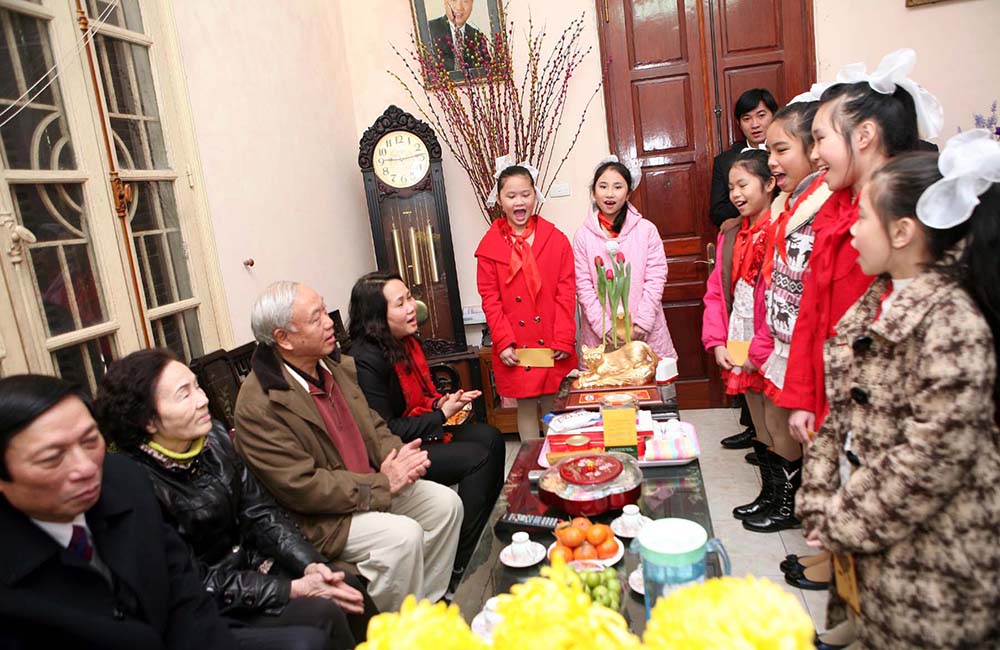 Their opinions always have more weights. And if you have opposite one, keep it for yourself. It’s not wise to argue with them even they maybe wrong somehow. I know, it’s frustrating when your opinion isn’t looked up, but this is Vietnamese culture.

6. Vietnamese culture in daily life – trust is the priceless value

Vietnamese is quite precautious, if they haven’t known you for long or your reputation, you will be always a suspect. And it takes years or more to build the trust, but only need one second to destroy, so you need to behave correctly.

7. Patriotism is a part of Vietnamese culture in daily life

In very natural way, every Vietnamese has huge patriotism and price for their history. They always admire war heroes. Therefore, never offend or make jokes about anything related to the war. Wartime was difficult and dolorous times for all Vietnamese. As a foreigner, you should be careful about this topic or at least show some respect.

8. Bargain is number one rule for shopping

In Vietnamese culture in daily life, shopping is art. It’s an occasion that you have to use all verbal strategies. For all shopkeepers, foreign customers are a bargain. They will try to overcharge you because you might be confused with Vietnamese currency. My advice is classifying the value of Vietnam Dong and never forgetting your classification. 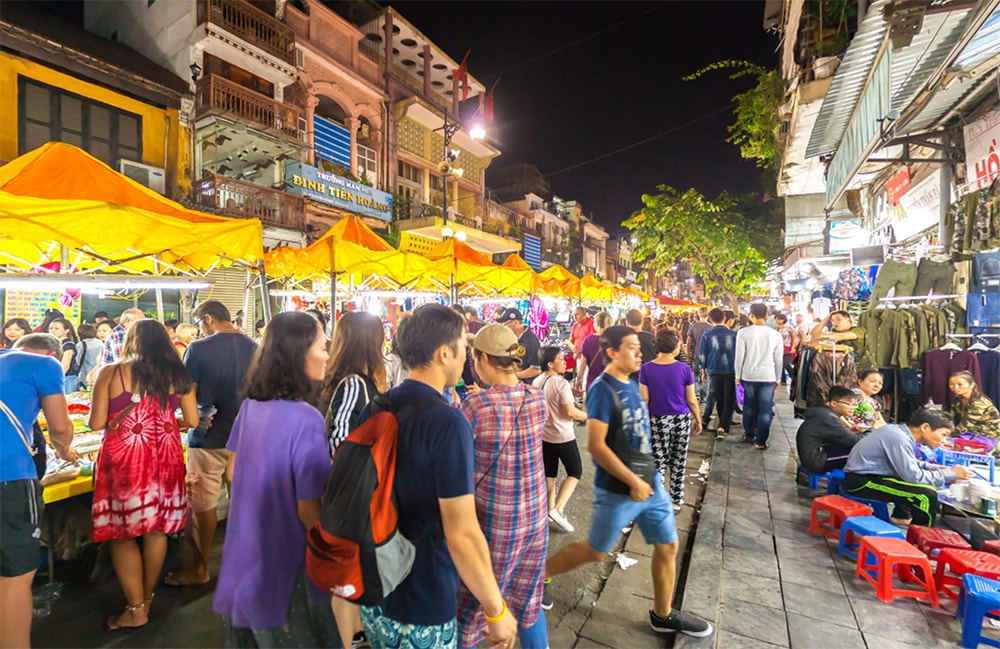 On the other hand, to be a good bargainer, you must know your advantages. You can choose to buy or not and you can find the same item in any shop. So if you negotiate but the shopkeeper doesn’t accept, just walk away. They will try to deal with you and low down a little but keep your standpoint. Don’t accept the bargain offered by shopkeeper. I bet you will get your favorite item with reasonable price if you apply this strategy.

9. There is no tipping culture

You can leave tip in some luxurious restaurants but not in normal Vietnamese one. In Vietnamese culture in daily life, it’s uncommon for tipping. If you’ve received services beyond your expectation,, you can leave a little but give in a secret way. This is because, most Vietnamese feel like they are begging for it and it will make them embarrassed.

Growing and eating rice are Vietnamese culture in daily life. And leaving food unbeaten is considered like waste and disrespect to people who cultivated it. So don’t leave food behind and try to finish all food.

And there are some basic rules that you should pay attention if you are invited to have meal with Vietnamese. In Vietnamese culture in daily life, it’s rude if you are talking while chewing food. You should swallow all food in your mouth before you want to say something. In addition, if you find it difficult to get used to with chopsticks, ask for a fork or a spoon.

There are still so many things about Vietnamese culture in daily life, but above is a sketch about the huge picture. If you are too curious about it, why don’t come and experience by yourself?